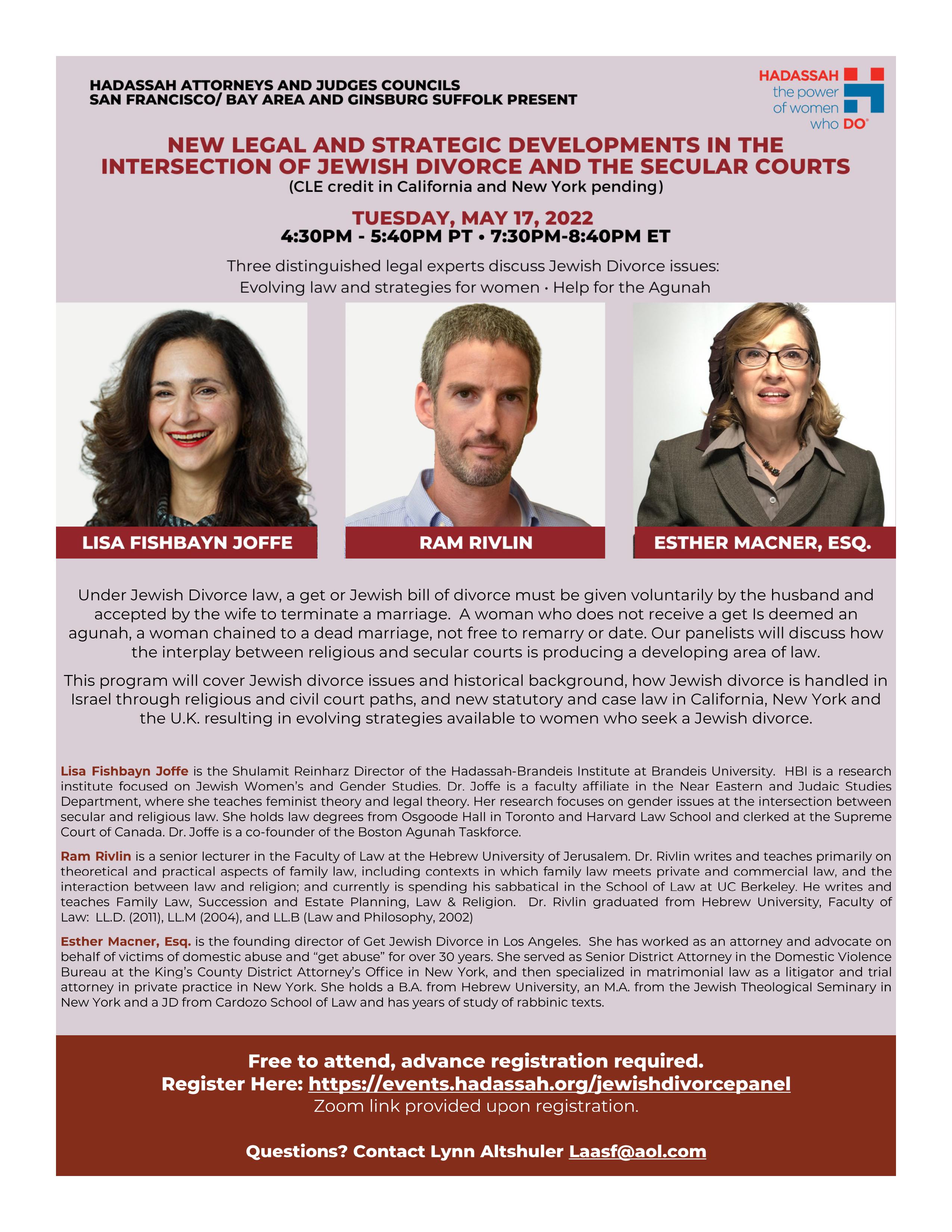 Discussion of how the interplay between religious and secular courts is producing an evolving area of law and strategies which are benefiting women and giving hope to the agunah. 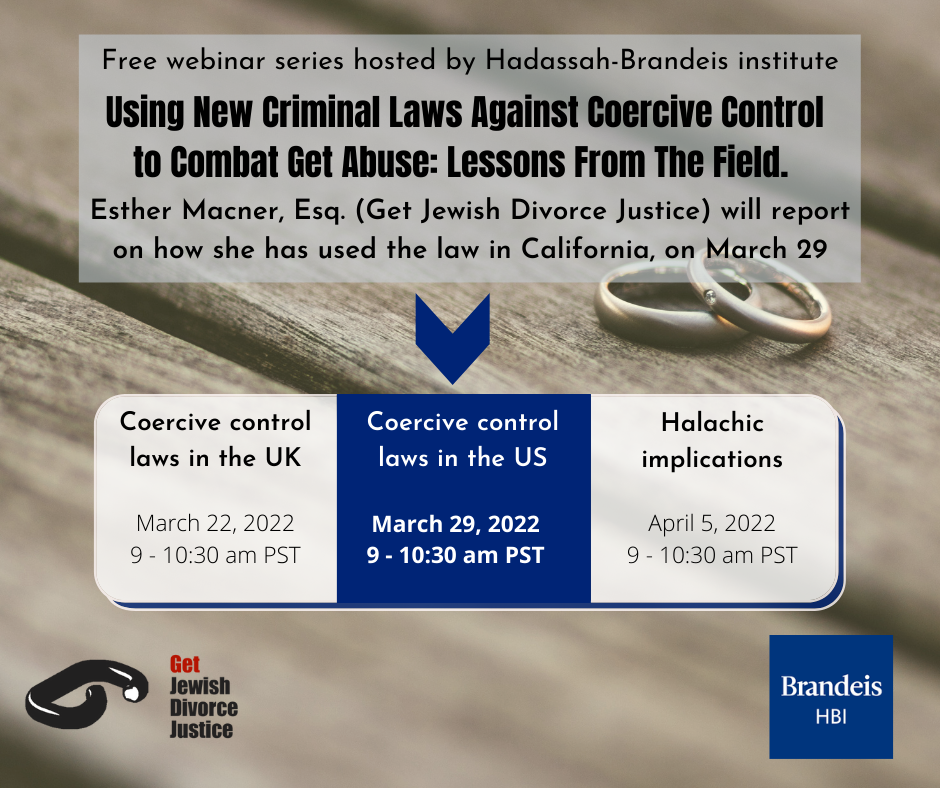 The second panel of the webinar, "Using New Criminal Laws Against Coercive Control to Combat Get Abuse: Lessons from the Field," by the Hadassah-Brandeis Institute. From their website:

"In jurisdictions around the world, a new tactic has been developed in the fight against domestic violence. It aims to provide remedies not only for discrete acts of physical violence but also for patterns of conduct that aim to control a victim’s actions, limit their freedom and undermine their sense of self. A series of cases brought by agunah advocates in England have successfully invoked this new law to aid women being denied a divorce under Jewish law. This series will explore the new legal and political strategies behind this initiative and the possibilities for using similar approaches in the United States."

Myths and Facts About Getting a Get

Myths and Facts about Jewish divorce (get) by Esther Macner (founder of Get Jewish Divorce Justice).

The Sacrifice of Yiftach's Daughter and the Agunah Today 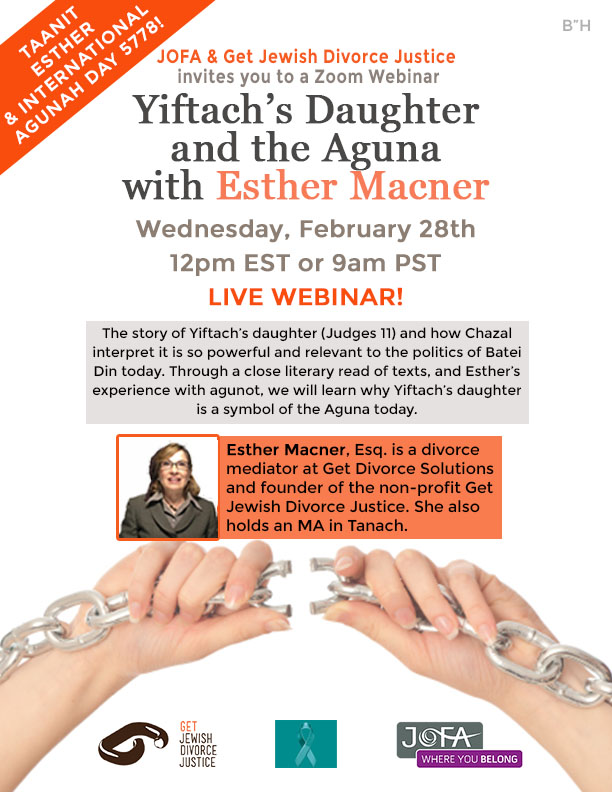 Agunah Support Group - Who Is Picking Up the Pieces?

A conversation between a former agunah, a therapist, and Esther Macner, the founder of Get Jewish Divorce Justice. They discuss why we need a healing forum for former and current agunot (and for their adult children), and the use of art as a medium of transition and healing.